Not moving forward on the web, means you move backward.

Outside of the substantial WordPress work we do, these sample pages fairly represent our “most recent” avenues of custom endeavor. (You’ll need to imagine finger quotes with that “most recent” characterization.) They do change over time, though, so feel free to come back. 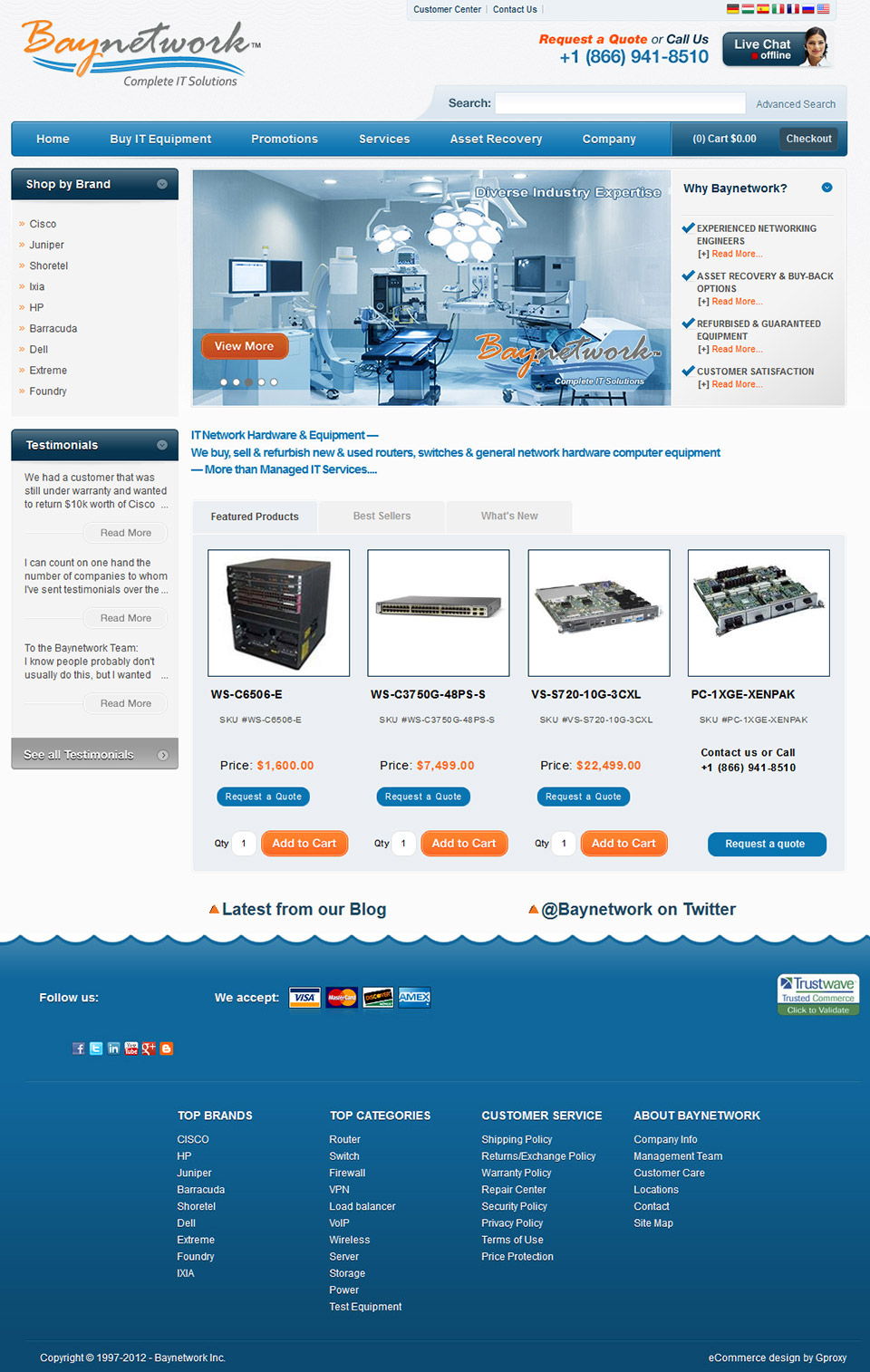 WebDotCalm actually coined and used this phrase in an ad campaign for itself, but perhaps nowhere else does the sentiment ring more true than in consideration of eCommerce: If you build it, they will not necessarily come. It takes some relatively distinct DOM and SEO savvy in order to maximize the impact from all of the time and money that go into a launch of this scope. In essence, this site combines a very elaborate eCommerce solution (NetSuite) with concurrent CMS goals inherent in a by nature continually evolving technology company.

Getting Technical About It

Built on an Oracle framework, NetSuite serves in vast and comprehensive capacity for online sales and customer service. The original site that we enhanced for Baynetwork used two separate and distinct deployments — one for content management (the “site”) and an independent XCart application for eCommerce (the “store”). In neither the earlier nor this current version did we set up the initial site structure, but rather came in very shortly after that to hash out all the inter-linking static pages and code the various media requirements into the dynamic system. Obviously a great deal of the “presentation” efforts ended up being CSS driven, although it will not be until the next evolution that we seriously approach the rapidly expanding environment of responsive design and deployment.